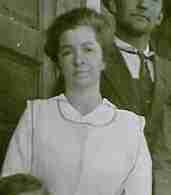 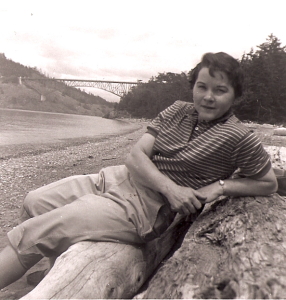 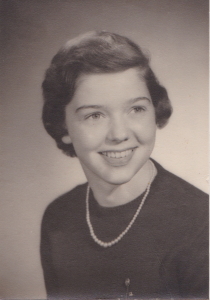 Ah, it's that time of year! Holidays, snow (wait, no snow, sigh, California has no seasons), tofurkey (can someone explain to me why vegetarians form their soy globules into things resembling meat? Wouldn't soy globules formed into sweet potatoes make more sense? Unnecessary, but more sense).

Chanukah is early this year, if you put it in relation to the more widely celebrated (in the U.S. at least) Christmas.  In our home, that means we will be celebrating Solstice (otherwise known as the reason for the season, at least for the timing for the season) since our offspring will be away at school during Chanukah (yes, you will see multiple spellings, I like the one that has me making a fur ball noise at the beginning of the word).

So, to prep for the holiday, I thought I'd tell you about some GREAT Chanukah books that are out and not some of the token, "Oh, let's do a Jewish book" offering (Clifford Celebrates Hanukkah anyone?)

I never thought about Jews being around during the Revolutionary War. For a lot of us, our history in this country starts in the 1900s when our families were fleeing from hostility in one place or another (my family is from Ukraine), so it was quite delightful for me to read Hanukkah at Valley Forge

by Stephen Krensky and illustrated by Greg Harlin (Dutton, 2006).  It tells the story (fictional, with some historical inspiration) of a soldier who is lighting his menorah while at Valley Forge.  General Washington walks past his tent and asks what the soldier is doing.  He then relates the story of Chanukah which, of course, the two then compare to the current war against England.  There is a lot of interesting and valuable information in the afterword and historical notes.
All the Lights in the Night by Arthur A. Levine and illustrated by James E. Ransome (Tambourine Books, 1991) tells the story of two brothers who escape from the shtetl of Drahitchen in Poland in 1914.  With no knowledge of English, the young brothers take cart and train to the British Embassy and then the boat to Palestine. It's based on the true story of Mr. Levine's grandfather and great uncle and he chose to set it "during the time of Hanukkah, a holiday that celebrates Jewish resistrance to oppression, and the sustaining power of faith." Beautifully illustrated in rich oil paint All the Lights in the Night is a perfect book to take out year after year while we celebrate and remember.
Ah, and the Chanukah book that makes me giggle the second I pull it out of the box is The Latke Who Couldn't Stop Screaming:  a christmas story by Lemony Snicket and illustrated by Lisa Brown (McSweeney's, 2007)  I remember handselling this at my temple book fair and having people hesitate when they saw the word christmas (the lower case is the way it's done in the title), until they read it, then they just snickered and bought it.

The latke jumps out of the frying pan, into the fire, wait, no, into the snow (yes, that would be the wiser move) and runs away.  I love that his scream is AAAHHHHHHHH!!!  Count the number of 'H's I'm guessing there's one for each night of Chanukah, or, in this case, Hanukah.

As the latke runs, he passes typical Christmas decorations. The flashing lights ask him "What's all the ruckus? We're the ones who are supposed to be dominating the neighborhood with our cheerful glow!"

"I was just thrown into a pan of boiling oil! Can you believe it?"

The lights can but they don't understand why. The latke then goes on to explain the symbolism of the oil.

"So you're basically hash browns," said the flashing colored lights. "Maybe you can be served alongside a Christmas ham."

When the latke plops down under a pine tree it asks him if he's a present. No, he informs the tree, gifts aren't a big part of Chanukah, it's lighting the menorah (or chanukiah, if you want to be precise) each night and remembering the miracle of the oil.

Then the tree says, "Plus Santa Claus"

The latke was too exhausted to scream

Then the latke explains that Christmas and Hanukah are completely different things and the tree says "But different things often blend together. Let me tell uyou a funny story about pagan rituals"

THIS is why I love this book.  It's funny, informative and is TOTALLY relatable to those of us who are so tired of explaining that NO we do not celebrate Christmas, Christmas is NOT a secular holiday (I would think this would be quite offensive to Christians, but I get told this all the time).

So, Chappy Chanukah to all and to all a good night! (oops)